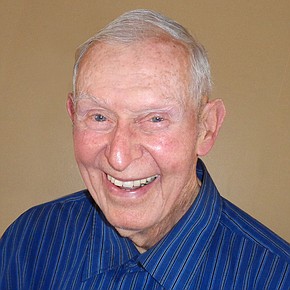 Jackson: It’s been a great ride

Hey, it's been a good ride in the Courier column-writing realm for the past 24 years, but this old horse — or "nag" if you prefer the reference due to my 87 years on the planet — is calling it quits and putting himself out to pasture.

Gee, I dunno. Maybe you could refer to the following two-parter as “Cal Cordes & friends” based first on Cal’s role in helping to clear Prescott’s streets of 4-foot-deep snow that buried the city in late 1967 into early 1968 and, second, his teaming with two buddies decades ago in putting Prescott’s youth baseball programs “on the map” competitively.

His impact on the betterment of countless Prescott area young people’s lives in the companion fields of education and sports, along with a lifetime pursuit of volunteerism that has benefited people of all ages, is substantial. Cal Cordes is the name and being a good guy is his fame.

Prescott will survive the pandemic as it did the ‘snow tide’

Those of you who were Northern Arizona residents back in the late 1960s will no doubt remember the event well.

It was over five decades ago – 1965, to be exact – that I first set foot in Prescott. And my first reaction upon viewing the city huddling under the watchful eyes of Thumb Butte and Granite Mountain brought to my mind the closing line in the movie “Casablanca” when Humphrey Bogart speculated that “I think this is the beginning of a beautiful friendship.”

News centering on the coronavirus pandemic is dominating the headlines nowadays, as well it necessarily should be. But instead of expanding in any way on that subject I would like to instead focus on the excellent health care experience that I have enjoyed while residing in Prescott.

Among countless pleasantries I fed on years ago in Sacramento, Calif., was the wit and wisdom of Ed Goldman, a gadabout gadfly whose tongue finds comfort embedded in his cheek.

Yes, “everything’s up-to-date in Kansas City … they’ve gone about as ‘fer’ as they can go!”

Jackson: There is a Sanity Clause when it comes to tar chewing

A couple of columns ago I mentioned a childhood habit involving tar chewing.