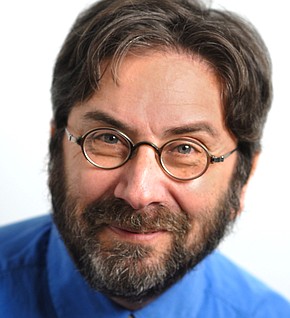 Dick Polman is the national political columnist at NewsWorks/WHYY in Philadelphia (newsworks.org/polman) and a “Writer in Residence” at the University of Pennsylvania. Email him at dickpolman7@gmail.com.

Polman: As virus spreads, Trump shows how unfit he is to lead

I’ve been reading Erik Larson’s new book, “The Splendid and the Vile,” which chronicles the first year of Winston Churchill’s wartime stint as prime minister.

Polman: No malarky: Uncle Joe is on top

Joe Biden, seemingly DOA, has staged one of the greatest political comebacks in history.

What a dire scenario: A corrupt Republican president soaked in scandal wins re-election in part because dimwitted Democrats decide to nominate a small-state senator who’s way too left-wing for the American mainstream.

In a column on the eve of the 2016 election, I warned that if Donald Trump were to inexplicably occupy the White House, he would wreak havoc on American values, and his “authoritarian sensibility” would precipitate “a systematic breakdown of our democratic institutions.” I was merely stating the obvious. Any two-bit seer could foresee how his destructive reign would play out.

Year three of the man-child administration was much like his first two, only more so.

The lesson of the 2019 state elections confirmed the lesson of the 2018 congressional midterms: Donald Trump can stage all the demagogic rallies he wants, but he’s powerless to reverse the GOP’s hemorrhaging in the populous suburbs.

Polman: Put your hands together for Pete and Amy

If only the Democrats could fight like the Washington Nationals. The new National League champs won four straight on the way to the World Series, with great pitching and clutch hitting. End of story. Or as Joe Biden would say, “Period!”

Polman: Trump stonewalls the Constitution, Democrats say ‘bring it on’

The constitutional crisis has officially arrived. To the surprise of nobody with a cognitive intellect, Donald Trump has hauled us to this treacherous precipice.

The impeachable president whined last week that he missed the good days when the Fourth Estate covered him exactly the way he wanted. In his inimitable words, “I used to be the king of getting good press.”

We dare not contemplate what the Washington Republicans would say if Donald Trump were to actually shoot someone in the middle of Fifth Avenue.