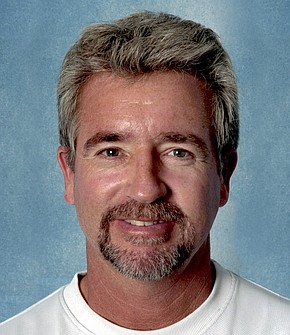 We’ve all been going through hoops to not get COVID, yet the numbers have increased, and unless we are wrapped in a bubble there are still certain risks that are unavoidable.

My Point: How learning the sport of tennis helps you in life

When I first picked up a racquet at the age of 12 there was no inclination that this game of tennis would be any more than a fleeting moment in life, something to have some fun with for a while, hanging out with neighborhood buddies, challenging ourselves to something different from baseball, basketball, football or getting into trouble.

My Point: Tennis players who were at times crazy, entertaining

Any time you have a couple of the top players in the world playing one another, especially in the finals of a grand slam, there would be much interest.

My background in the Prescott area has been primarily tennis and health clubs since 1985. Teaching and managing facilities. As of the past few months our tennis avenues have been compromised with Yavapai College shutting down the tennis facility once again, the PHS tennis facility with limited hours now that school is back in session Monday through Thursday, the Prescott Athletic Club who recently opened their pool, tennis and pickleball courts and had hoped to have a grand opening — now shut down due to City of Prescott technicalities on a building that has been up and running for over 30 years. A lot of discombobulation to say the least.

My Point: End of the line for illustrious doubles duo Mike and Bob Bryan

There comes a day when you’ve been on the tennis tour much longer than most, and in this case 22 years for right-hander Mike (two minutes older than his twin) and lefty Bob Bryan, the winningest doubles team in the history of tennis!

My Point: Tired of all the pandemic ping pong? Let’s work together

As a tennis columnist the past 27 years and playing, teaching and making a living of sorts in the game since the late 1960’s, I’d much rather be writing about the U.S. Open (being played without a crowd, but still playing) or the Bryan brothers (greatest doubles team ever) who have just retired.

My Point: A Q&A with Prescott’s Taylor Johnson — UCLA tennis life with COVID-19

I had a chance to recently catch up with Prescott’s Taylor Johnson at UCLA. Here is a peek at what we discussed:

My Point: Back to the drawing board again with COVID-19

I guess in these trying times, being somewhat flexible is necessary. The Yavapai College tennis facility will now begin its second time of being shut down due to the virus or complications surrounding it.

My Point: The ups and downs of managing a tennis facility

Over the years I’ve got to see a lot of different tennis, multi-purpose clubs, country clubs, sub-division recreational areas, college, high school and parks and recreation facilities, each one has its own challenges to be the best they can in servicing their clients.