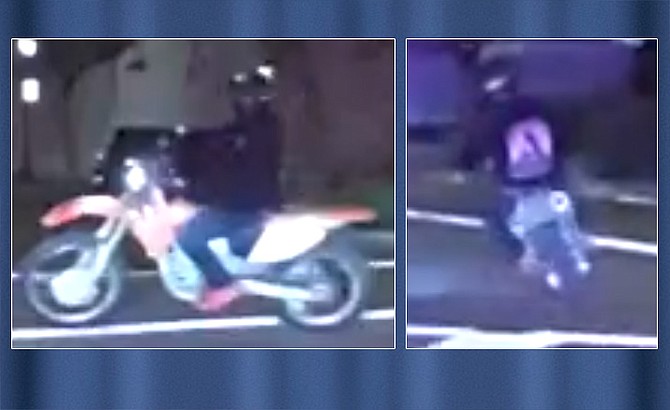 Multiple incidents involving a male subject on a 2000s model red Honda CRF driving recklessly in the downtown area and other areas in Prescott has caused the Prescott Police Department to seek the public’s help. (PVPD/Courtesy)

The Prescott Police Department has been actively investigating multiple incidents involving the driver of a motorcycle in the downtown area of Prescott.