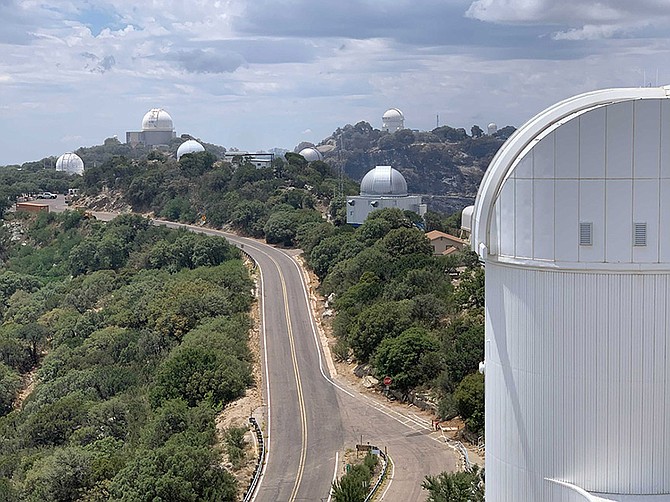 A lightning caused wildfire near the Kitt Peak National Observatory, shown here, is 40% contained as of Sunday, according to fire authorities. (KPNO/NOIRLab/NSF/AURA/Courtesy)

A lightning-caused wildfire that led to last week’s evacuation of the Kitt Peak National Observatory southwest of Tucson was 50% contained Tuesday, up from 40% in previous days.