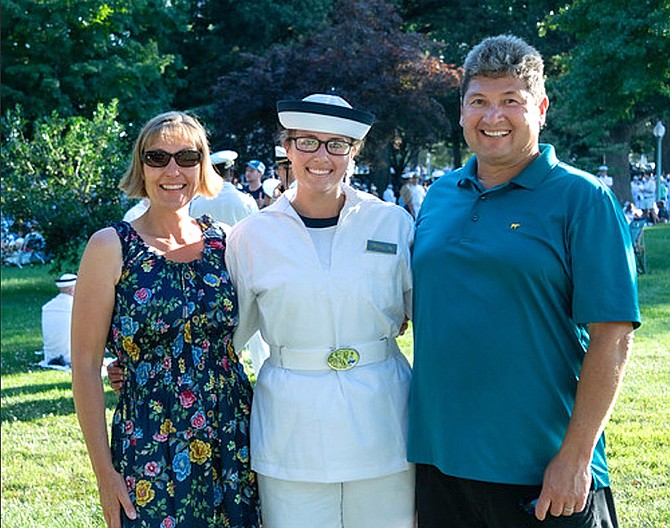 Two local women were inducted into the U.S. Naval Academy in late June. Pictured here are Callie Oryall with parents Larry and Melanie Oryall of Prescott Valley. The young women were administered their oath of office and became Midshipmen Fourth Class with the USNA Class of 2026 on June 30. They are now undergoing Plebe Summer training for the next six weeks before entering the academic year in late August. (Courtesy photos)