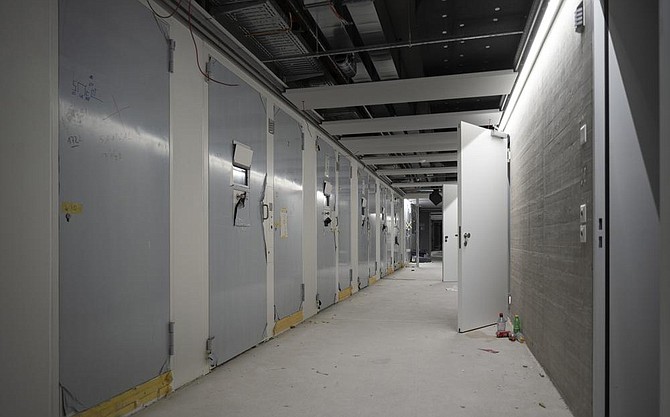 Prison cells are under construction in a new jail and detention center as part of the police and justice complex in Zurich, Switzerland, June 9, 2021. Corrections officials in the Swiss city of Zurich say hundreds of people have jumped at the chance to volunteer as pretend inmates for a novel open house of sorts for a sprawling at the new jail and detention center before it starts taking in detainees for real in April. (Gaetan Bally/Keystone via AP)

Would you willingly live like a prisoner for a day or two — or four? Hundreds of people have jumped at just such a chance in the Swiss city of Zurich, volunteering to take part in an open house of sorts for a new jail before the facility accepts its first inmates.