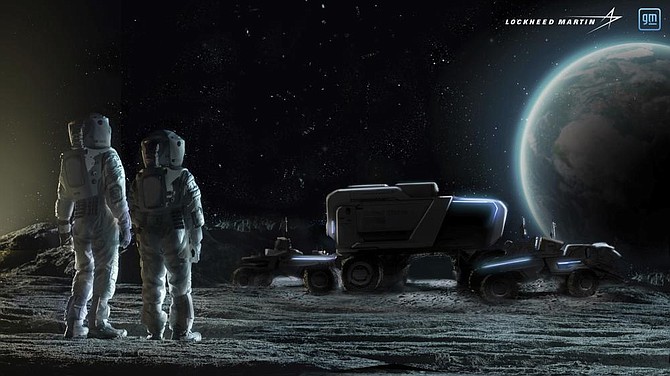 This illustration provided by General Motors and Lockheed Martin in May 2021 depicts astronauts and concepts of lunar rovers on the surface of the moon. On Wednesday, May 26, 2021, Lockheed and GM announced that they would combine their technological and manufacturing expertise to build the electric vehicles for NASA’s Artemis program, named after the twin sister of Apollo in Greek mythology. (Lockheed Martin, GM via AP)

General Motors is teaming up with Lockheed Martin to produce the ultimate off-road, self-driving, electric vehicles — for the moon.