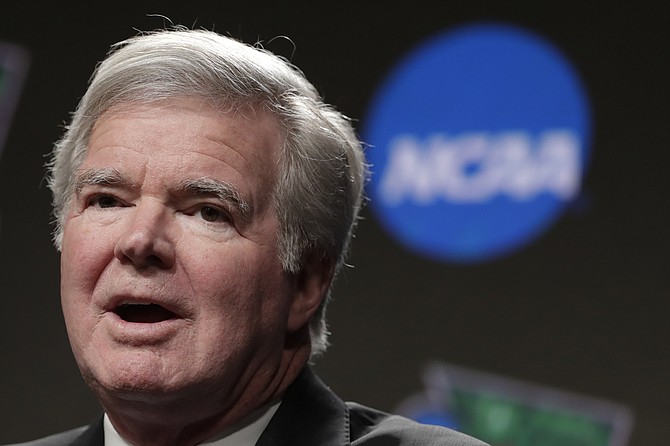 In this April 4, 2019 photo, NCAA President Mark Emmert answers questions during a news conference at the Final Four college basketball tournament in Minneapolis. The NCAA Board of Governors voted Tuesday, April 27, 2021, to extend Emmert's contract by two years through 2025. Emmert’s contract was set to expire in 2023, but the board voted unanimously to extend his deal. (Matt York/AP, File)

Last month, the NCAA Board of Governors voted to extend President Mark Emmert’s contract through Dec. 31, 2025. The vote was unanimous, which means the entire board — consisting of mostly college presidents from all three divisions — approved of the reign of incompetence Emmert’s presidency has exemplified.