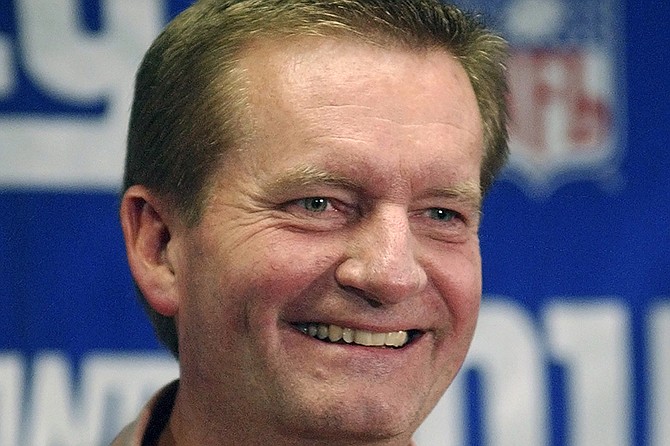 New York Giants coach Jim Fassel smiles as he talks to reporters at Giants Stadium in East Rutherford, N.J., in this Monday, Dec. 30, 2002, file photo. Fassel, a former coach of the New York Giants who was named NFL coach of the year in 1997 and led the team to the 2001 Super Bowl, has died. He was 71. Fassel's son, John, confirmed the death to the Los Angeles Times on Monday, June 7, 2021. According to the Los Angeles Times, Fassel was taken to a hospital in Las Vegas with chest pains and died of a heart attack. (Bill Kostroun, AP File)

Jim Fassel, whose bold guarantee of a playoff bid late in the 2000 season seemingly catapulted the New York Giants to a spot in the Super Bowl, has died. He was 71.