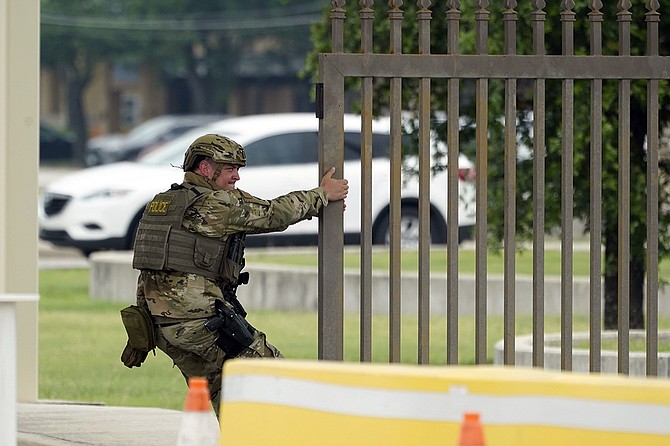 A military policeman closes a gate at JBSA-Lackland Air Force Base, Wednesday, June 9, 2021, in San Antonio. The Air Force was put on lockdown as police and military officials say they searched for two people suspected of shooting into the base from outside. (Eric Gay/AP)

San Antonio base locked down for hour after gunfire reported

An Air Force base in San Antonio was placed on lockdown for about an hour Wednesday after military officials said gunfire was reported near a base gate.