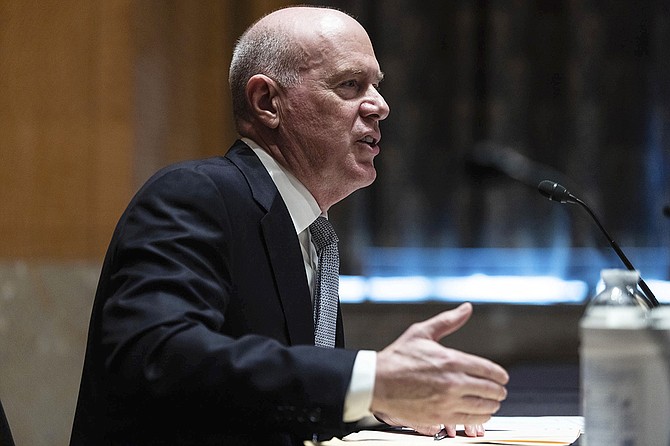 Colonial Pipeline CEO Joseph Blount testifies during a Senate Homeland Security and Government Affairs Committee hearing one day after the Justice Department revealed it had recovered the majority of the $4.4 million ransom payment the company made in hopes of getting its system back online, Tuesday, June 8, 2021, on Capitol Hill, in Washington. (Graeme Jennings/Pool via AP)

The chief executive of the massive fuel pipeline hit by ransomware said Tuesday that authorizing a multi-million-dollar payment to hackers was the right thing to do after an attack that prompted a gas shortage in much of the eastern U.S., even as federal authorities have discouraged such transactions.