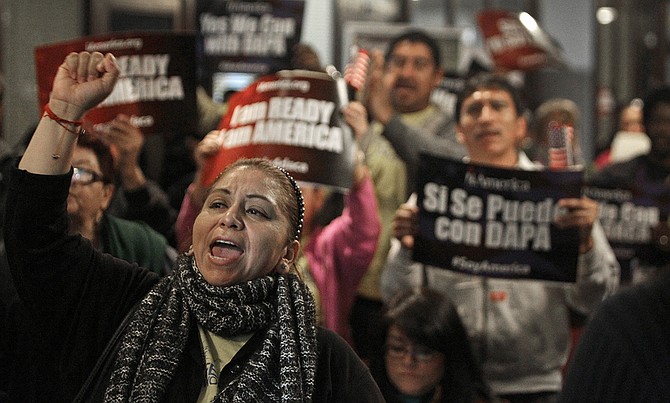 In this Tuesday, Feb. 17, 2015 file photo, Mercedes Herrera and others chant during an event on DACA and DAPA Immigration Relief at the Houston International Trade Center in Houston. A federal judge in Texas on Friday, July 16, 2021 ordered an end to an Obama-era program that prevented the deportations of some immigrants brought into the United States as children, putting new pressure for action on President Joe Biden and Democrats who now control Congress. (Melissa Phillip/Houston Chronicle via AP, File)

'A blaring siren' for Democrats after ruling halts DACA

Immigrants and advocates are urging Democrats and President Joe Biden to quickly act on legislation to protect young immigrants after a federal judge in Texas on Friday ruled illegal an Obama-era program that prevents the deportation of thousands of them brought into the U.S. as children.