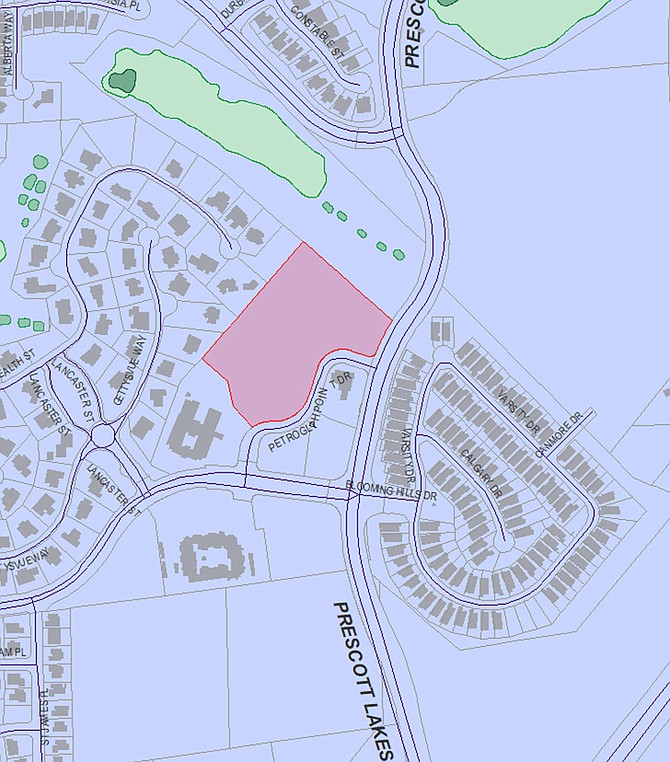 Shown is a map of the possible development at the Petroglyph Pointe Office Park parcel near Prescott Lakes Parkway. (City of Prescott/Courtesy)

Even without an official application to the city, the word that a 232-unit apartment complex could be headed to a Prescott Lakes neighborhood attracted nearly 100 people to a Prescott City Council meeting this week.