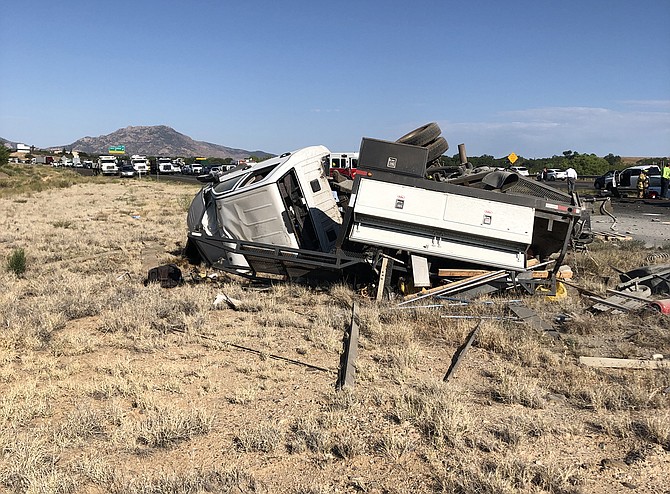 A Dodge truck rests in the median of Highway 89A as firefighters and rescue personnel work the scene of a two-vehicle crash Friday morning, July 9, 2021. The crash resulted in two people - the drivers - deceased at the scene. (PPD/Courtesy)

Both drivers were pronounced dead at the scene of a major two-vehicle crash on Highway 89A and Granite Dells Parkway while the two children passengers were airlifted to the hospital early Friday morning, July 9.

By The Daily Courier July 9, 2021
Tweets by @TheDailyCourier
Event Calendar