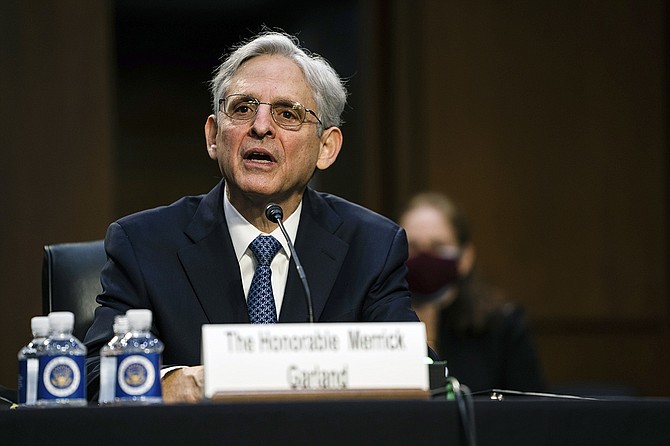 Merrick Garland, President Joe Biden's attorney general nominee, vowed Monday to prioritize combating extremist violence and said his first focus would be on the insurrection at the U.S. Capitol as he sought to assure lawmakers that the Justice Department would remain politically independent on his watch.