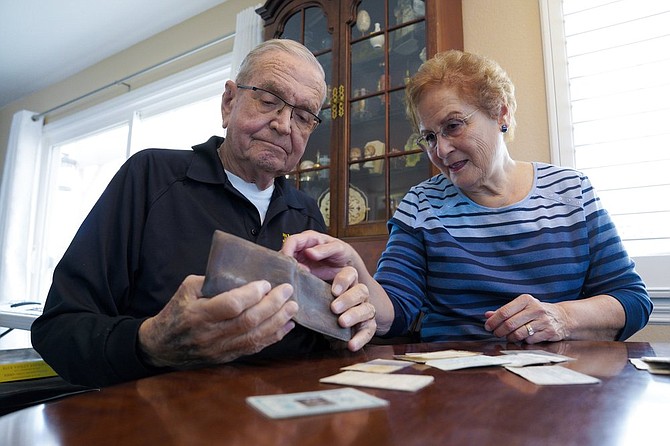 Paul Grisham and his wife Carole Salazar look over his wallet and the items that were inside when he lost the wallet back in 1968 at their home in the San Carlos section of San Diego, Calif., Wednesday, Feb. 3, 2021. Grisham’s wallet was missing for so long he forgot all about it. Fifty-three years later, the 91-year-old has the billfold back along with mementos of his 13-month assignment as a Navy meteorologist on Antarctica in the 1960s. (Nelvin C. Cepeda/The San Diego Union-Tribune via AP)

Wallet lost in Antarctica in ’60s returned to California man

Paul Grisham’s wallet was missing for so long at the bottom of the world he forgot all about it.