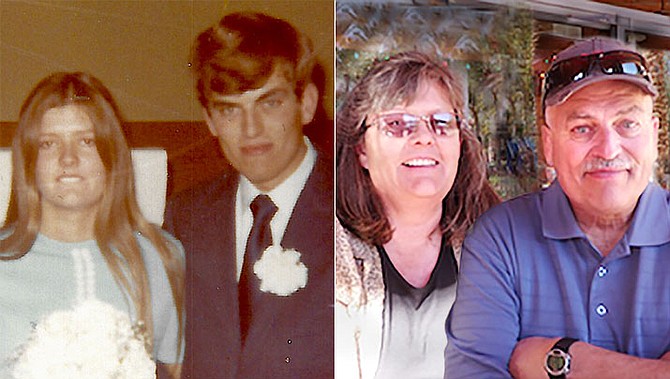 High school sweethearts Marilyn Gerdes and Bill Sieckmann were married April 30, 1971, in Flagstaff. Both grew up in Prescott, where Bill started work as a teenager at Ken Golding’s Goodyear Tires and Marilyn worked at the YMCA as a preschool instructor. Bill served in the U.S. Army from 1972 to 1975 (deployed to Greece), resuming work at Goodyear then Advance Auto Tire Stores. He joined Mile High Budweiser Distributors, later Hensley Beverage Co. Marilyn worked for J&G Gun Sales, then was employed as a teacher for the Prescott Unified School District from 1990 to 2011. Chino Valley residents since 2004, the couple has one daughter, three granddaughters and one great-granddaughter. Family members hosted a celebration for the couple at Goldwater Lake in April. (Courtesy)

May 1, 2021
Tweets by @TheDailyCourier
Event Calendar