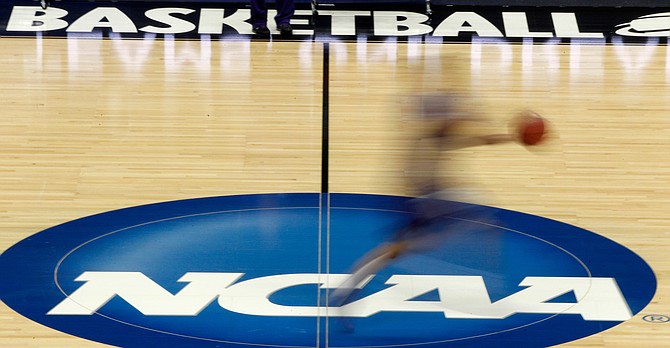 In this March 14, 2012 photo, a player runs across the NCAA logo during practice before an NCAA tournament college basketball game. NCAA basketball administrators apologized to the women’s basketball players and coaches after inequities between the men’s and women’s tournaments went viral on social media. Administrators vowed to do better. NCAA Senior Vice President of Basketball Dan Gavitt spoke on a zoom call Friday, March 19, 2021, a day after the public learned the difference between the weight rooms at the two tournaments. (Keith Srakocic/AP, File)

Beyond the Lines: Inequity between NCAA men, women tournaments no mistake

For anyone who wondered why the NCAA refers to its annual basketball tournament as “March Madness,” they now have an answer.