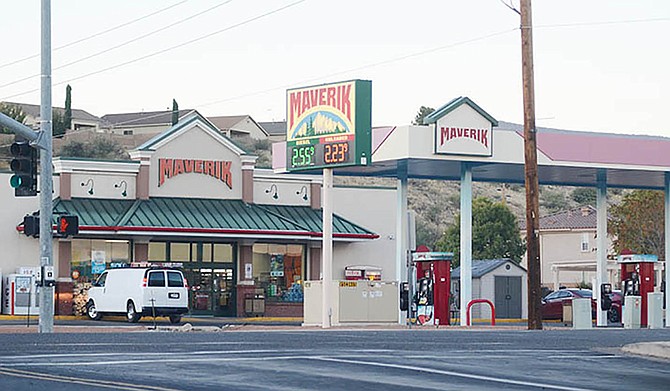 The Camp Verde Marshal’s Office says a confrontation and shooting happened Tuesday evening, Oct. 27, 2020, at this Maverik convenience store on Finnie Flat Road in Camp Verde. Both shooters were hospitalized, CVMO said, but no arrests have been announced. (Vyto Starinskas, for the Courier)

A Sedona man and a teenage boy were injured after a Tuesday evening shooting at a convenience store, according to a release from the Camp Verde Marshal’s office.

By Jason W. Brooks, for the Courier October 28, 2020
Tweets by @TheDailyCourier
Event Calendar