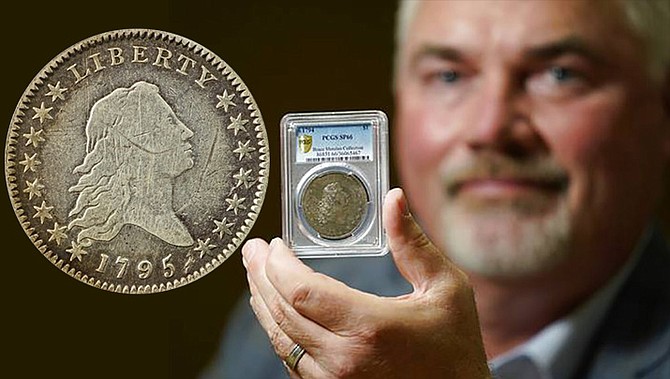 Bruce Morelan poses for a portrait holding a rare 1794 U.S. silver dollar, said to be among the first ever minted. Coin collecting experts had thought the Flowing Hair coin could sell for more than the $10 million Morelan spent to buy it in 2013. (John Locher/Associated Press)

A 1794 silver dollar believed to be among the first ever minted in the U.S., and the most valuable, went unsold during a public auction in Las Vegas.