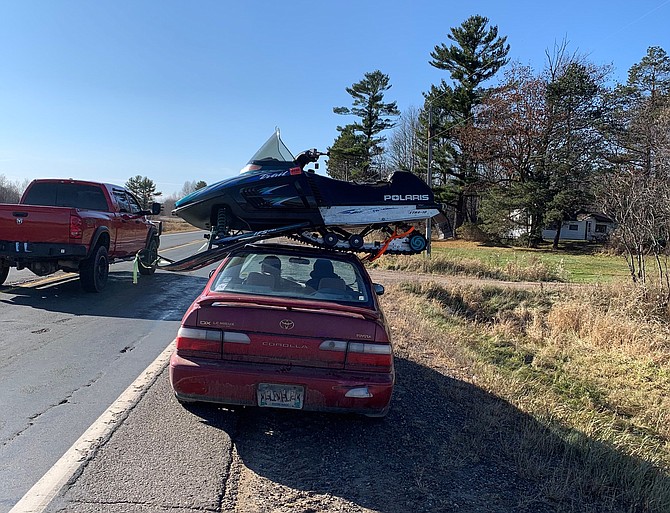 The Wisconsin State Patrol had a little advice for a guy who transported a snowmobile by strapping it to the roof of his Toyota Corolla: Bad idea.