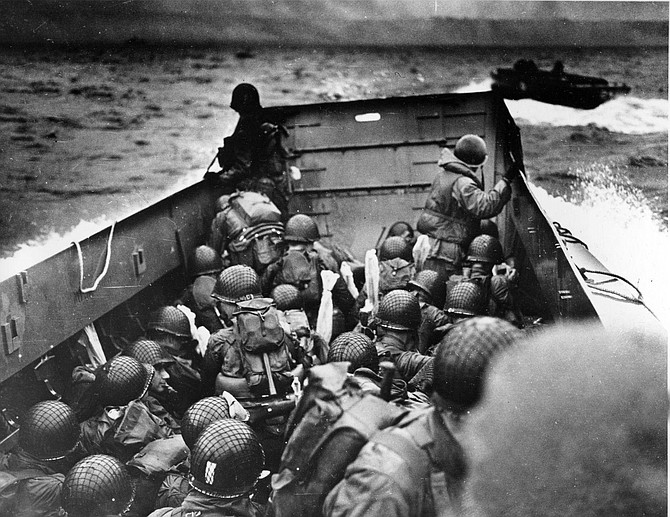 In this photo provided by the U.S. Coast Guard, a U.S. Coast Guard landing boat, tightly packed with helmeted soldiers, approaches the shore at Normandy, France, during initial Allied landing operations, June 6, 1944. These vessels, known as Higgins boats, ride back and forth across the English Channel, bringing wave after wave of reinforcement troops to the Allied beachheads. (AP Photo)

On June 6, 1944, Allied forces stormed the beaches of Normandy, France, on "D-Day" as they began the liberation of German-occupied Western Europe