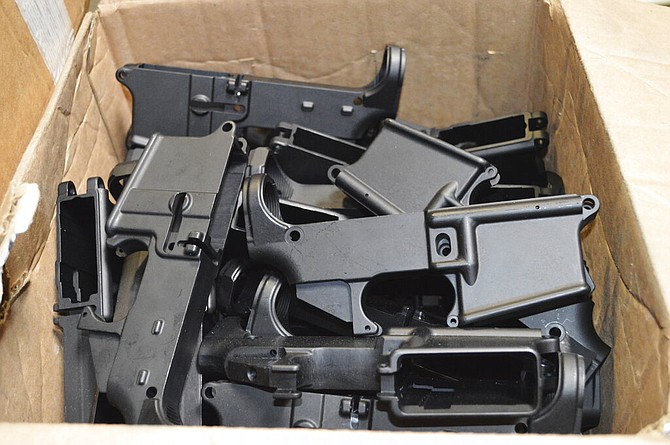 Pictured are AR-15 lower receivers, which federal agents have seized, including these unfinished ones taken in 2014 in California, for firearms investigations nationwide. For decades, the federal government has treated the mechanism called the lower receiver as the essential piece of the semiautomatic rifle, which has been used in some of the nation's deadliest mass shootings. But some defense attorneys have recently argued that the part alone does not meet the definition in the law. (U.S. Department of Justice)

Design of AR-15 could derail charges tied to popular rifle

A subtle design feature of the AR-15 rifle has raised a technical legal question that is derailing cases against people who are charged with illegally buying and selling the gun's parts or building the weapon.