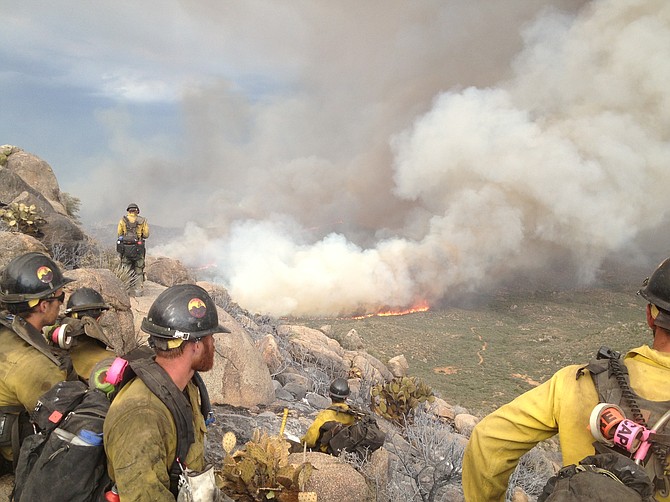 The Granite Mountain Hotshots watch the Yarnell Hill Fire from a burned-out area on June 30, 2013, less than an hour before the wildfire blocked their escape through a valley and overran their position, killing them. (Hotshot Christopher MacKenzie/Courtesy of his family)

Radio recordings that reportedly could shed light on the 2013 Yarnell Hill Fire tragedy are at issue in an ongoing lawsuit that was heard by the 9th Circuit Court of Appeals in Phoenix on Feb. 7.