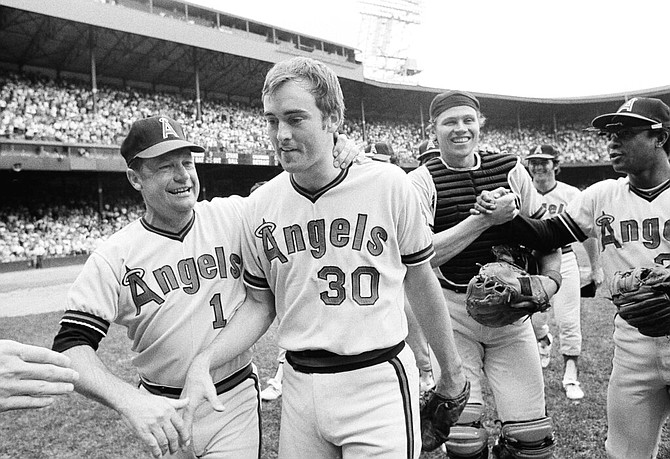 In this July 15, 1973, file photo, California Angels pitcher Nolan Ryan, 26, is congratulated by Angels manager Bobby Winkles after his no-hitter against the Detroit Tigers in Detroit. Catcher Art Kusnyer is at center right. The Angels won 6-0. Winkles, the former baseball coach who won three national championships at Arizona State and went on to manage in the majors, has died. He was 90. Arizona State said Winkles died Friday, April 17, 2020, with family and friends by his side. (AP Photo/Richard Sheinwald)

Bobby Winkles, the baseball coach who built Arizona State into a national power from scratch and went on to manage and coach in the majors, has died. He was 90.