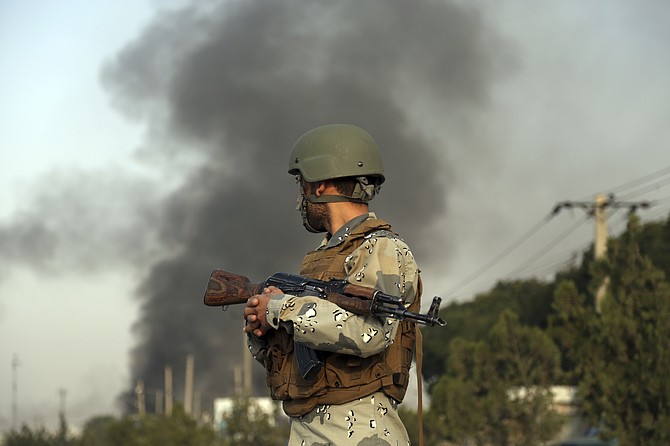 Smoke rises as angry Kabul residents set fire to part of the Green Village compound that has been attacked frequently, a day after a Taliban suicide attack in Kabul, Tuesday, Sept. 3, 2019. (AP Photo/Rahmat Gul)

Shattering Taliban attack in Kabul even as US deal nears

The Taliban on Tuesday defended their suicide bombing against an international compound in the Afghan capital that killed at least 16 civilians and wounded 119 people, just hours after a U.S. envoy said he and the militant group had reached a deal "in principle" to end America's longest war.