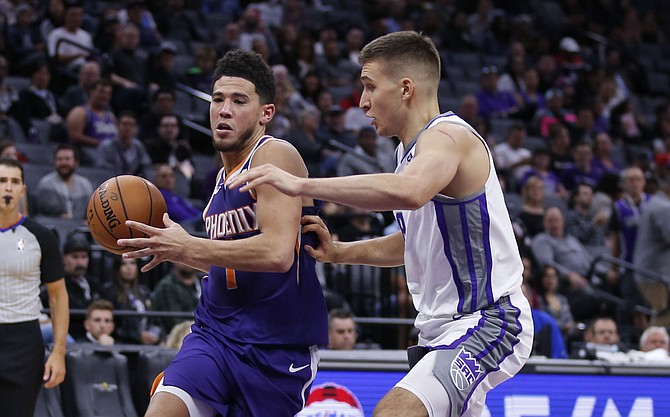 Devin Booker says a busy offseason for the Phoenix Suns is proof the franchise is serious about ending a playoff drought that's approaching a decade.