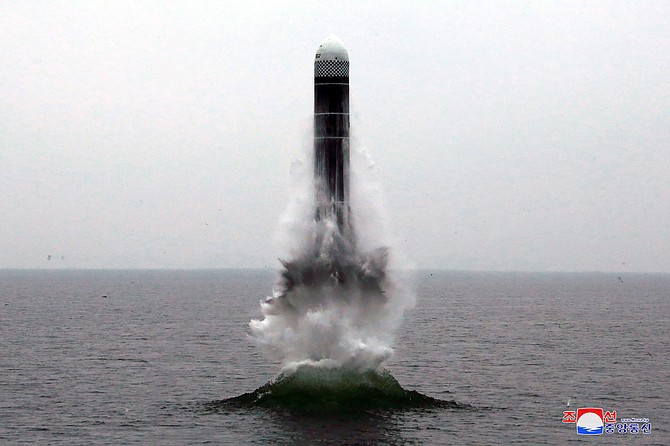 In this Wednesday, Oct. 2, 2019, file photo provided by the North Korean government, an underwater-launched missile lifts off in the waters off North Korea's eastern coastal town of Wonsan. North Korea fired a ballistic missile from the sea on Wednesday, South Korea's military said, a suggestion that it may have tested an underwater-launched missile for the first time in three years ahead of a resumption of nuclear talks with the United States this weekend. Independent journalists were not given access to cover the event depicted in this image distributed by the North Korean government. The content of this image is as provided and cannot be independently verified. Korean language watermark on image as provided by source reads: "KCNA" which is the abbreviation for Korean Central News Agency. (Korean Central News Agency/Korea News Service via AP, File)