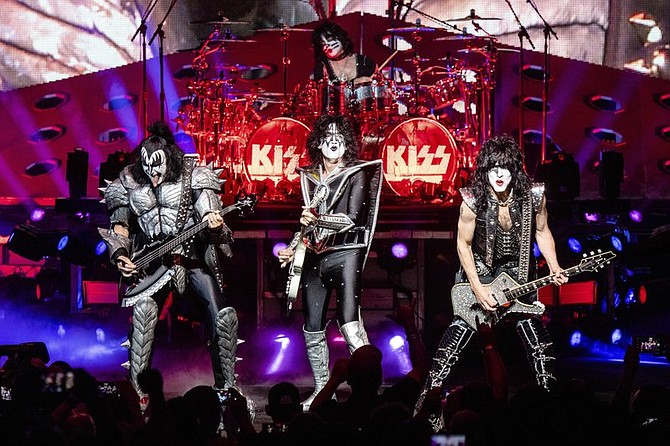 In this Aug. 29, 2019 file photo, KISS performs at the the Riverbend Music Center in Cincinnati. In front from left are Gene Simmons, Tommy Thayer and Paul Stanley. Eric Singer is in the back on drums. The rock group will play a Nov. 2019 show in Australia for sharks and eight fans in a small submarine. They will listen through underwater speakers as the band remains above board on a boat.(Photo by Amy Harris/Invision/AP, File)

Jumping the shark? Kiss will play for them in the ocean

Having played nearly every corner of the Earth in a nearly 50-year career, the rock band Kiss is taking its show to a new place _ under the sea, where they will perform for great white sharks and eight fans separated from them by a small submarine.