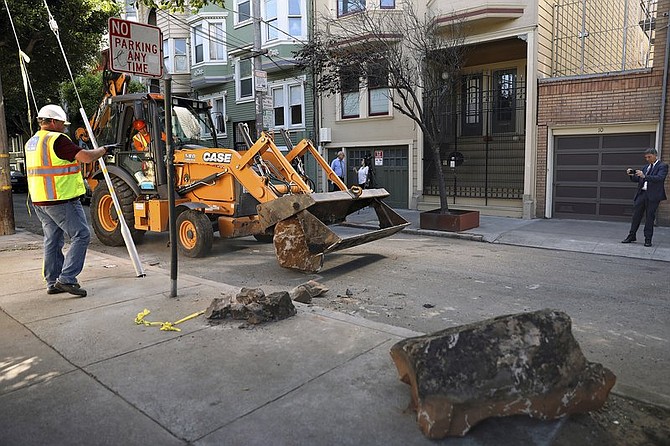 A group of San Francisco neighbors said they had to do something to make their street safe. Their answer? Some giant rocks.