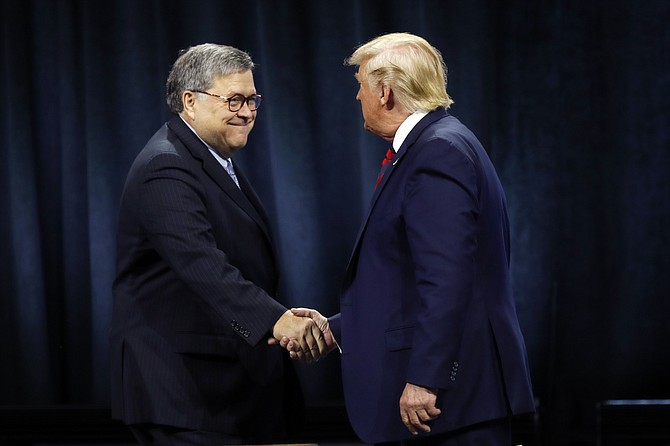 Trump denies he wanted Barr to publicly clear him

President Donald Trump on Thursday denied a report that he wanted Attorney General William Barr to hold a press conference to declare he broke no laws during a July phone call in which Trump pressed his Ukrainian counterpart to investigate Democrats.