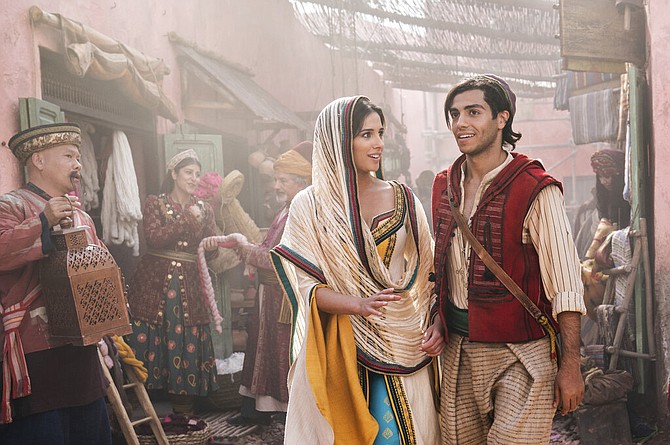 This image released by Disney shows Naomi Scott as Jasmine and Mena Massoud as Aladdin, right, in Disney's live-action adaptation of the 1992 animated classic "Aladdin." (Daniel Smith/Disney via AP)

Moviegoers voted with their dollars and chose the familiar over the new this Memorial Day weekend.