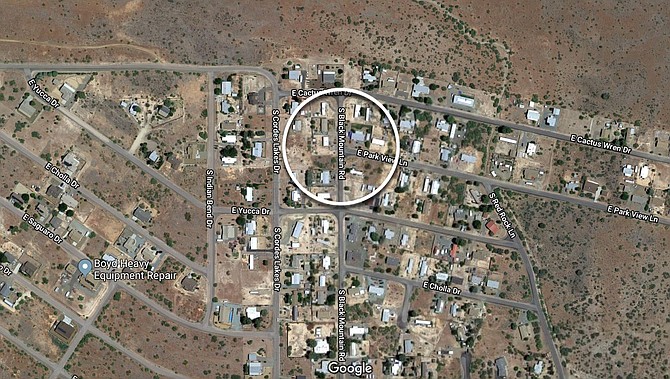 Yavapai County Sheriff’s deputies arrived on scene at about 9:45 a.m. Sunday, May 19, 2019, and provided initial first aid to two women reportedly attacked by three pit bulls. One woman was lying on her side screaming while bleeding from bites on her arms and head, YCSO reported. The other was sitting up nearby bleeding from bites on her arms and legs. (Google map, 5000 block of S. Black Mountain Road in Cordes Lakes, Arizona)

Two Cordes Lakes women have their neighbors to thank for coming to their aid during a vicious dog attack Sunday morning, May 19.