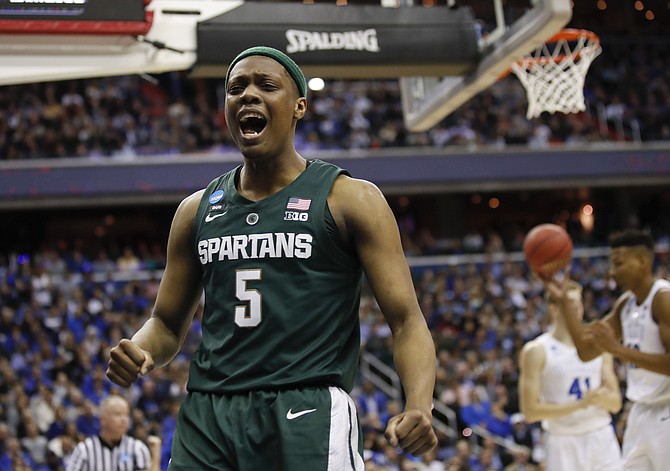 WASHINGTON — Cassius Winston put Michigan State on his shoulders and carried the Spartans into the Final Four. The do-everything point guard took over the game when his team faced its biggest deficit and led second-seeded Michigan State to a 68-67 victory over overall No. 1 seed Duke on Sunday in the East Region final.