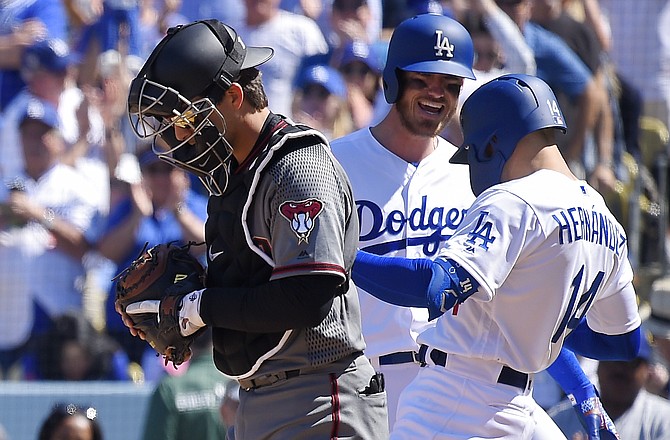 LOS ANGELES — While one homer after another rocketed into the stands at Chavez Ravine, the Los Angeles Dodgers' dugout celebrations became increasingly incredulous.