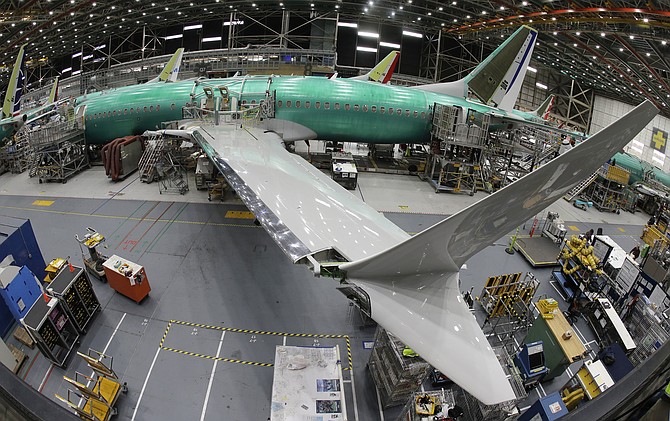 In this photo taken with a fish-eye lens, a Boeing 737 MAX 8 airplane sits on the assembly line during a brief media tour in Boeing's 737 assembly facility, Wednesday, March 27, 2019, in Renton, Wash. The Federal Aviation Administration plans to revamp oversight of airplane development after the two deadly crashes of Boeing's new 737 Max 8 airplane, according to testimony prepared for a Capitol Hill hearing on Wednesday. (Ted S. Warren/AP)

FAA defends its reliance on aircraft makers to certify jets

WASHINGTON — Under fire from lawmakers on Capitol Hill over the two deadly Boeing crashes, the head of the Federal Aviation Administration on Wednesday defended the agency's practice of relying on aircraft makers to help certify their own planes for flight.