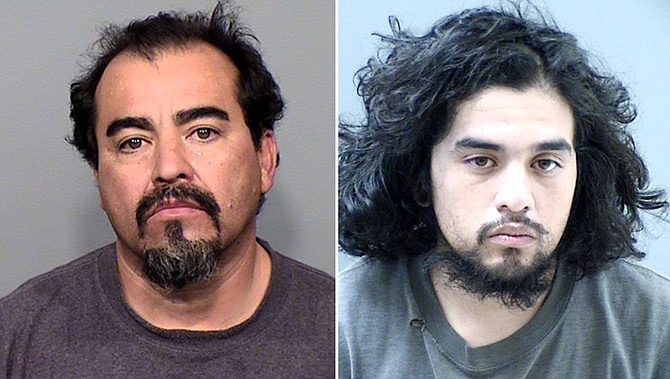 The Yavapai County Sheriff’s Office reported Monday, March 18, that Robert Urzua, left, and his son Alex Urzua, right, were taken into custody after a vehicle and home were searched during the investigation of a stolen debit card that was used for merchandize, gasoline, and fast food, starting March 1, 2019. (YCSO)

A father and son from Humboldt were arrested last week on multiple fraud, theft, and drug-related charges in the case involving a debit card stolen from an 86-year-old Dewey man.

By The Daily Courier March 18, 2019
Tweets by @TheDailyCourier
Event Calendar