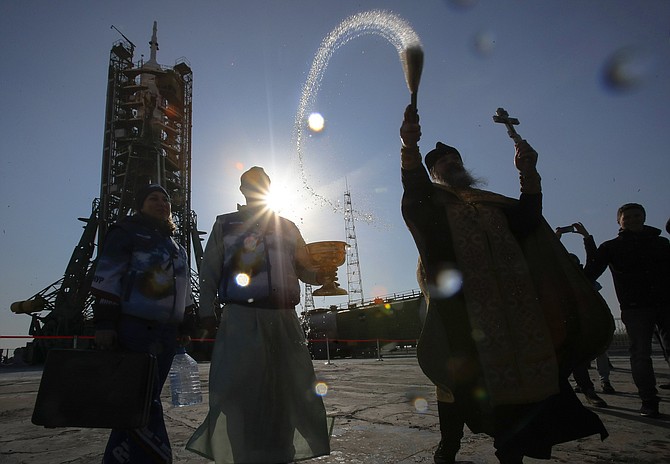 A Russian-American crew arrived at the International Space Station on Friday, five months after a botched launch led to an emergency landing for two of the three astronauts.