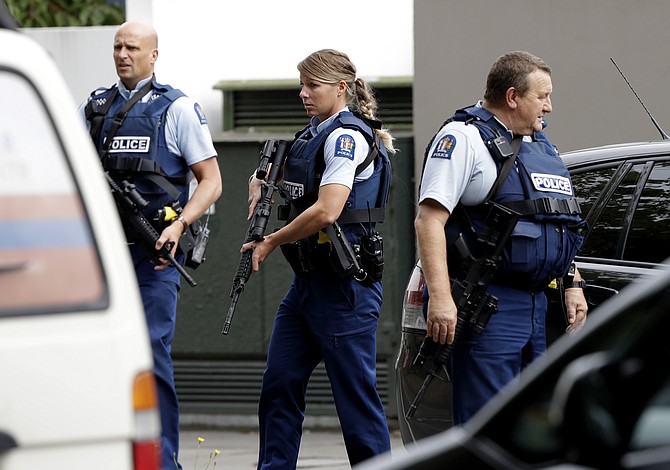 Armed police patrol outside a mosque in central Christchurch, New Zealand, Friday, March 15, 2019. A witness says many people have been killed in a mass shooting at a mosque in the New Zealand city of Christchurch. (AP Photo/Mark Baker)