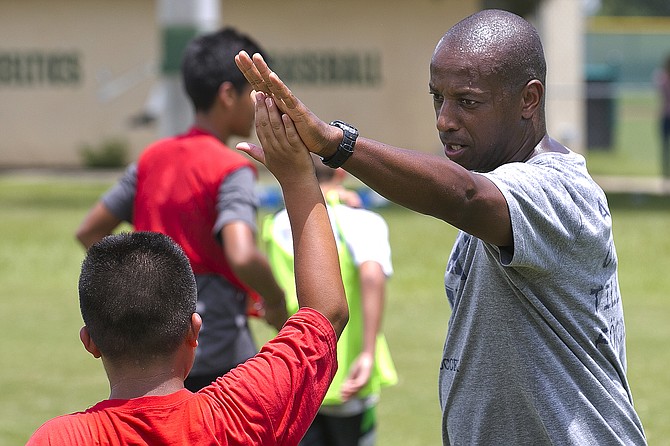 In a September 2016 photo, Yale’s women’s Head Soccer Coach Rudy Meredith gives a high five to a player after making a great play in a scrimmage, in Frankfort, Ky. According to the federal indictments unsealed Tuesday, March 12, 2019, Meredith put a prospective student who didn’t play soccer on a school list of recruits, doctored her supporting portfolio to indicate she was a player, and later accepted $400,000 from the head of a college placement company. (Doug Engle/Star-Banner via AP)