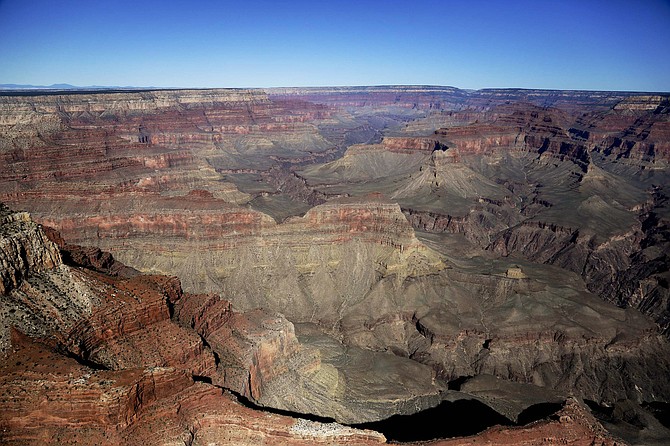 FILE - In this Oct. 5, 2013 file photo, the Grand Canyon National Park is covered in the morning sunlight as seen from a helicopter near Tusayan, Ariz. An attorney for Grand Canyon superintendent Christine Lehnertz says her future at the national park is up in the air. Kevin Evans said Tuesday, March 5, 2019, that he advised Lehnertz not to return immediately to the Grand Canyon after she was cleared of accusations and fully exonerated in a federal investigation. Evans says he's negotiating her employment status with the National Park Service but would not go into detail. (AP Photo/Julie Jacobson, File)

FLAGSTAFF, Ariz. (AP) — The first female superintendent of Grand Canyon National Park resigned Thursday, less than three years after she took the helm of one of the country's most popular tourist destinations.