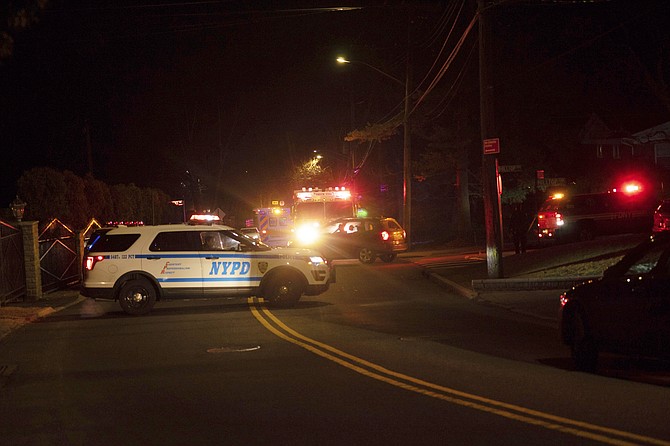 New York Police Department and New York City Fire Department units respond to a report of shots fired Wednesday, March 13, 2019, in the Todt Hill section of the Staten Island borough of New York. A man said by federal prosecutors to have been a top leader of New York's notorious Gambino crime family was shot and killed Wednesday on Staten Island. Francesco "Franky Boy" Cali, 53, was found with multiple gunshot wounds to his body at his home just after 9 p.m. (Joseph Ostapiuk/Staten Island Advance via AP)

NEW YORK (AP) — The reputed boss of New York's Gambino crime family was shot to death in front of his home by a gunman who may have staged a car accident to lure him outside, dying a virtual unknown compared with his swaggering 1980s-era predecessor, John Gotti.