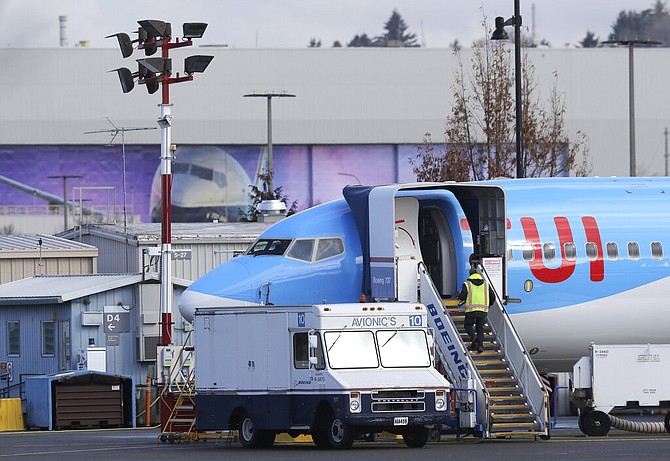 A worker walks up steps to the right of an avionics truck parked next to a Boeing 737 MAX 8 airplane being built for TUI Group at Boeing Co.'s Renton Assembly Plant Wednesday, March 13, 2019, in Renton, Wash. President Donald Trump says the U.S. is issuing an emergency order grounding all Boeing 737 Max 8 and Max 9 aircraft in the wake of a crash of an Ethiopian Airliner. (AP Photo/Ted S. Warren)

Boeing's newest version of its best-selling airliner ever was supposed to boost its fortunes for years to come.