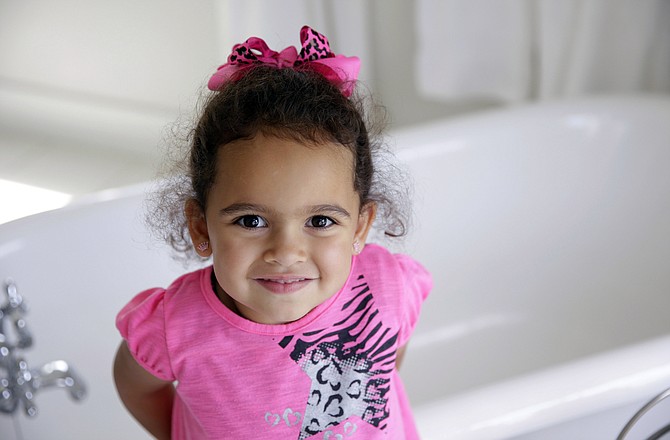 Veronica, 3, a child at the center of an international adoption dispute at the time, smiles in a bathroom of the Cherokee Nation Jack Brown Center on Aug. 6, 2013, in Tahlequah, Okla. A federal law that gives preference to Native American families in child welfare proceedings involving Native children is facing a significant legal challenge. In 2013, the U.S. Supreme Court ruled the law didn’t apply in a South Carolina case involving Veronica because her Cherokee father was absent from part of her life. (Mike Simons/Tulsa World via AP, File)

FLAGSTAFF — A federal law that gives preference to Native American families in foster care and adoption proceedings involving Native American children is facing the most significant legal challenge since it was enacted more than 40 years ago.