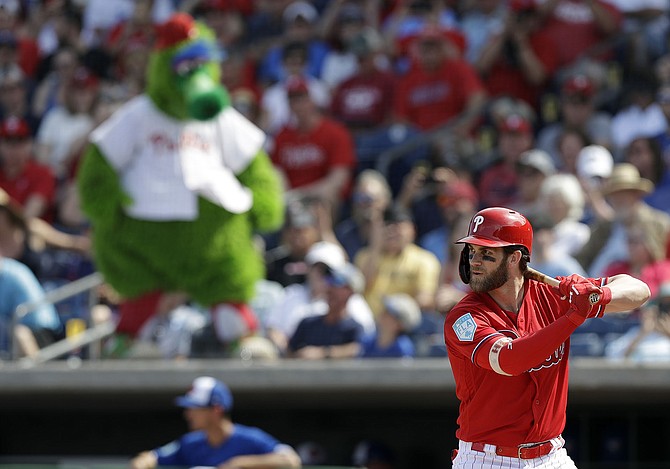 CLEARWATER, Fla. — Bryce Harper drew big cheers, a pair of walks and a most unusual defense in his spring training debut for the Philadelphia Phillies.