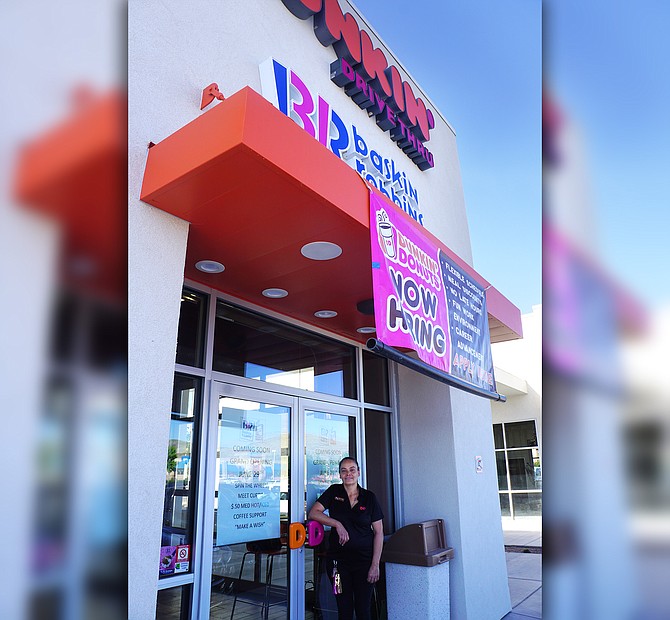 Manager Josie Herrera said training has been underway for a couple of weeks at the new Dunkin’/Baskin-Robbins in Prescott Valley. The restaurant, which features a drive-through and indoor seating, will conduct its grand opening on June 29 and 30. (Cindy Barks/Courier)