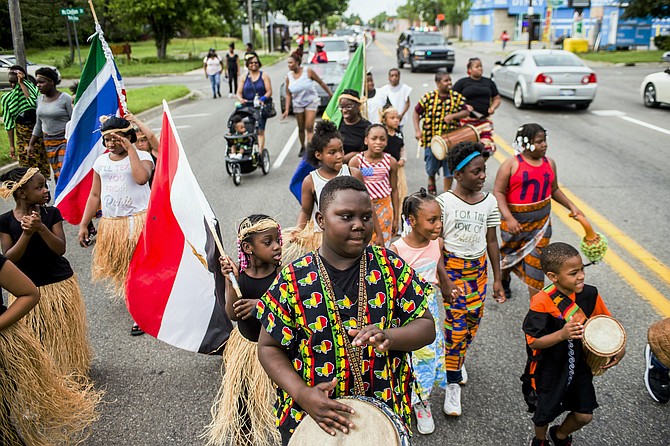 Zebiyan Fields, 11, at center, drums alongside more than 20 kids at the front of the Juneteenth parade June 19, 2018, in Flint, Mich. Juneteenth celebration started with the freed slaves of Galveston, Texas. Although the Emancipation Proclamation freed the slaves in the South in 1863, it could not be enforced in many places until after the end of the Civil War in 1865. (Jake May/The Flint Journal via AP, File)

Juneteenth celebrates end of slavery in the US

A holiday that is spreading across the U.S. and beyond, Juneteenth is considered the oldest known celebration commemorating the ending of slavery in the United States.