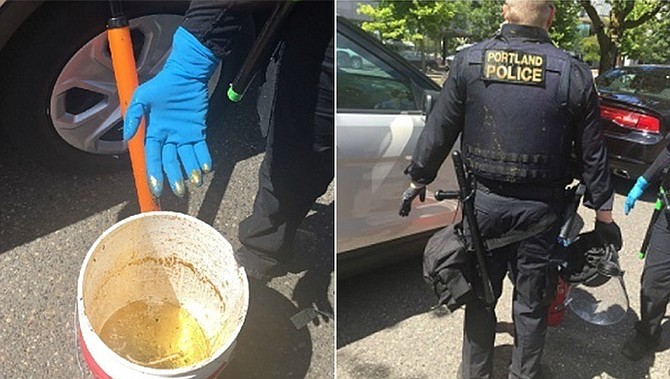 The Multnomah County District Attorney’s Office says the defendants were protesting against a rally organized by a right-wing group called Patriot Prayer when officers asked to see what was in two 4-gallon (15-liter) buckets they were carrying. Robert Majure and Tristan Romine-Mann instead allegedly sprayed the slimy liquid on the officers and ran. (Portland Police Bureau)

2 convicted for tossing horse lubricant and glitter on cops

Two Oregon protesters have been sentenced to five days in jail for throwing horse lubricant mixed with gold glitter on two police officers at a protest.