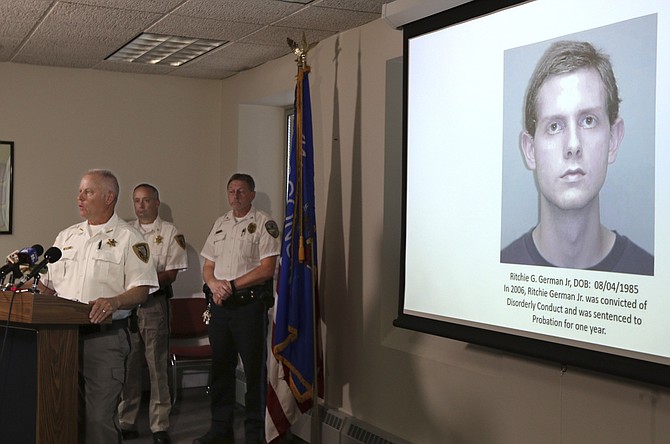 A Wisconsin man killed three of his family members before blasting his way into the home of a stranger he had been sending harassing texts to and killing her, authorities said Tuesday, speculating that he may have been trying to imitate last year's home invasion and abduction of teenager Jayme Closs.